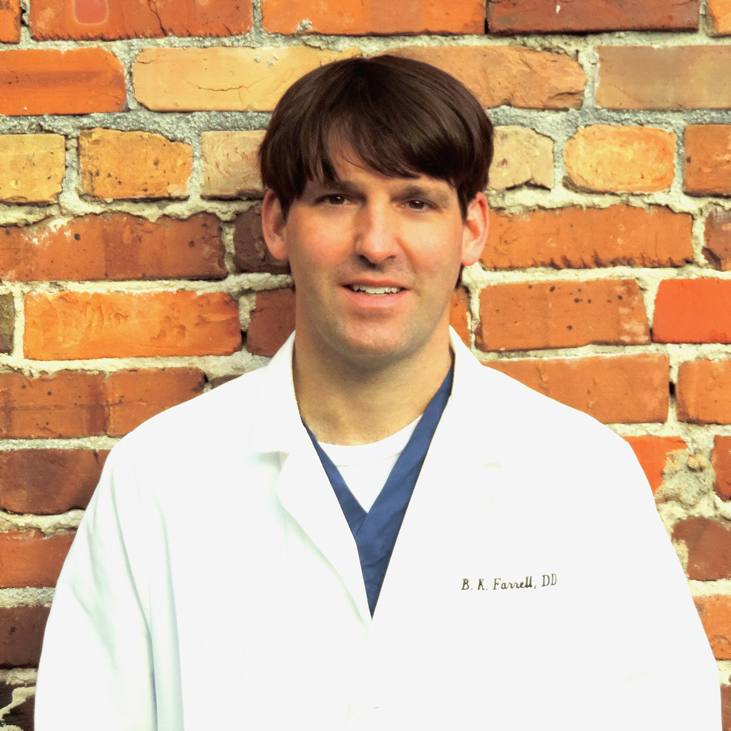 Brandon K. Farrell, DDS has over fourteen years experience as a dentist. After graduating with a Bachelors of Science in Biology from Indiana University in Bloomington, Indiana, Dr. Farrell obtained his DDS from Indiana University School of Dentistry in Indianapolis, Indiana. After graduation, Dr. Farrell served in the U.S. Navy Dental Corps as a Dental Officer. His four years of service included duty at the Pentagon and Marine Corps Air Station in Cherry Point, where he first fell in love with North Carolina. Dr. Farrell was deployed to Kuwait in support of Operation Iraqi Freedom in 2003, serving six months abroad. Upon his return, Dr. Farrell practiced at a family dental practice in Bloomington, Indiana for three years before returning to North Carolina with his wife and children in 2006.